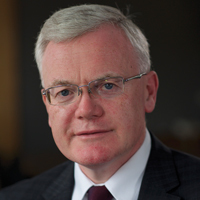 The wait for new medicines to become routinely available in Ireland has got longer, and patients are suffering. Here’s what must be done to address the issue.

Access to new medicines is vital for patients, but in Ireland, public access typically takes three years from reimbursement – the first application for a medicine to be made available to the public healthcare system.

Oliver O’Connor, Chief Executive of the Irish Pharmaceutical Healthcare Association (IPHA) says: “Patients want the best healthcare, based on the latest research and developments in life sciences. There is little point in investing large sums in R&D if patients must wait years to benefit.”

It’s not just patients who lose out. A healthcare system that fails to adopt new medicines as they become available falls behind when it comes to delivering care to international standards.

“Ireland used to be an early adopter of new medicines and treatments but now we are 12th out of 14 European countries when it comes to the time it takes to adopt new medicines,” says O’Connor. “The average time is now three years – and that is after the time taken for a formal Health Technology Assessment.”

These are not just medicines for minor ailments – some of them are treatments for serious conditions such as cancer and cardiac conditions. “People with these diseases are not getting the standard of care that is available in other European countries because of these long waiting times,” says O’Connor

There are several reasons for the long wait. “Partly it is a question of slow decision-making processes in the health service and the government,” says O’Connor, “but mainly it is because of limitations on spending.”

Spending on community health services has been more or less flat since the crash of 2008/9. This year the state funded new medicines to the tune of €14m, a rise of less than half a percentage point.

O’Connor says: “It’s right that medicines be rigorously assessed and must show proven benefits – but most European countries have increased spending by more than half a percentage point.

“Furthermore, through our Agreement with the State, savings on €780 million will be provided to the State, which should give some headroom for investment in new medicines”.

“Ireland is not in financial crisis anymore, so we need to re-examine the whole question of funding.”

The impact of Brexit

One billion packs of medicine flow between the UK and Ireland annually, a supply chain on which many patients depend.

O’Connor says: “A divergence in regulatory standards between the UK and Ireland risks interrupting the flow. We want to see regulatory alignment maintained, but so far there is no clarity on that.”

There have been recent stories about a drug maker increasing the price of painkillers to thousands of US dollars. “IPHA members would not do that. Through our Agreement with the State, our prices are set at the average of 14 other Western European countries. Furthermore, the Agreement allows for a yearly price reduction” says O’Connor. “We do not condone these kinds of price increases.”