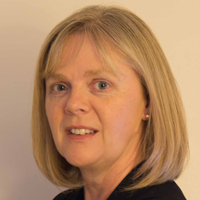 Diversity and inclusion at senior levels is advancing, albeit slowly, says Gillian Harford, Country Executive at 30% Club Ireland. Here’s how to speed up the process.

When I started my first job nearly 40 years ago, there was an expectation that gender diversity issues in the workplace would just advance naturally over time. But for a long time, things really hadn’t changed very much.

In the last five years, though, I’m pleased to say there has been a dramatic change, quite a bit of which has been prompted by groups like the 30% Club. Organisations are talking about gender and diversity much more — and from a business perspective, rather than an HR or social perspective. I’m starting to see organisations talking less about ‘equality’ and more about ‘diversity inclusion’ and ‘diversity of thought’. That’s ultimately what every organisation is trying to achieve, because they need different talents around the table.

Why is it important that women are represented at leadership level? Because it makes for better business. Women make up 50% of the world’s population, so why would you discount 50% of the talent available to you? Also, senior thought leadership needs to reflect all of your customer base, which usually includes women. Organisations with better diversity of thought outperform.

My advice to women in business

My experience as a woman in leadership has been very positive. My husband and I always worked in partnership when it came to family and work. There were probably times when my career progress was slower because I was female or because there were risks I didn’t or couldn’t take. I never thought of myself as the only woman in the room, though — although many times I was. I just got on with doing the job. I don’t see myself as ‘a woman in a leadership role’, either. I think of myself as a leader who wants to do well for herself and for her team.

My advice to women in business

To women, I’d say: ‘It’s OK to be yourself. You don’t have to try to be someone else to fit in. Have the confidence to talk about what you’re great at, and take risks every now and again. And make the most of networking and sponsorship, which is important for success in senior roles.’

My advice to men in business

To men I’d say: don’t be afraid of gender diversity. Don’t think that for women to gain, men have to lose. It’s not a zero-sum game because increasing the talent pool works for everyone. I would also tell them to be honest about wanting greater parental flexibility.

Some recent research from the 30% Club has shown that family leave is just as important to men as it is to women, but men are more worried that it might be career limiting. So be brave, honest — and supportive.

The best role models I ever had were male, gender blind and supported my career on the basis of talent alone.

My advice to organisations

And to organisations I’d say: ‘Think about your policies and processes and push as far as you can with agile working, family leave and mentoring and sponsoring initiatives. Think about recruitment, talent and succession planning initiatives in a more inclusive way. Create a climate where people are judged on what they do, not what they are.

People ask me: ‘How will we know when we have real diversity and inclusion in the workplace?’ I tell them: ‘When we don’t have to talk about it anymore.’ We’ll just have great organisations where everyone can be themselves and be recognised for talent, contribution and diversity of their input.