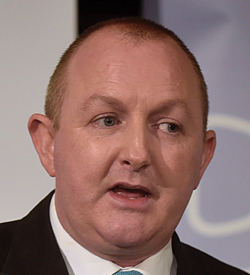 Attitudes to lesbian, gay, bi-, trans- and intersex people have come a long way, yet still LGBTI young people have poorer mental health. Schools may have the answer.

Ireland has changed from a society noted for its oppressive attitudes to lesbian, gay, bi-, trans- and intersex people into a forerunner in progress on equal civil rights of LGBTI people. Yet it still has further to go.

Allen points put: “It is not because people are LGBTI that they report higher levels of mental distress and lower levels of wellbeing. It’s the experience of being bullied, harassed, rejected or stigmatised.” Of those surveyed 75% said they have been verbally abused in public and 50% bullied in school – linked in the report to poorer mental health and higher levels of self-harm and suicidal behaviour.

The report’s findings challenge general assumptions that LGBTI prejudice is more common in older people. “Among the general public the 18-24 age group and the over 65s were found to be twice as likely to think it acceptable to deny people jobs because they are LGBTI,” says Allen.

While universities and workplaces were rated 10/10 for being LGBTI-friendly, schools only achieved 5/10. “A third of people – which means a third of teachers, parents and guidance counsellors do not believe that children can know they are LGBTI by age 12 – the most commonly-reported age for realisation.  School culture must change to protect all children.”