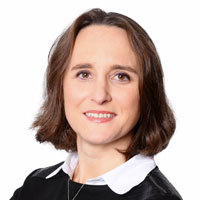 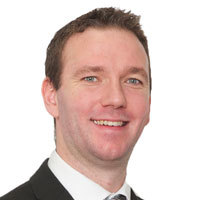 As production grows there is a risk that the emissions associated with agriculture will also increase. This has led to a call from some commentators to impose a carbon tax on agricultural emissions.

Agriculture is Ireland’s biggest indigenous industry, contributing 7.6% of the country’s total GDP. Each year, Irish farmers produce enough food to feed almost 50 million people. However, the impact of agriculture on Ireland’s emissions should not be understated; the sector accounts for approximately one third of total emissions in Ireland.

Demand for sustainable food has never been greater, but margins across the entire supply chain remain tight.

The potential growth in total emissions has led to recent calls for a carbon tax on the agricultural sector to tackle the issue. Such a tax would see the Irish agri-food sector held accountable for the emissions associated with all production, including exports.

With the global population set to reach nearly 10 billion by 2050, there is increased pressure on the earth’s natural resources to produce more with less. Climate change is a global issue, not a local issue. In order to feed 10 billion people, regulatory bodies should be seeking to produce a disproportionate amount of food from regions with a sustainable base – like Ireland.

While a carbon tax might reduce Ireland’s emissions, it may not prove cost-effective and it may drive food production to less carbon-efficient regions, thus resulting in higher global emissions.

Locally, the costs associated with an added carbon tax could have a detrimental impact on Ireland’s small- and medium-sized food producers and farmers, who may be unable to meet rising costs.

A similar government initiative, in 2010, imposed a carbon tax on fossil fuels (petrol, diesel and home heating fuels). However, this fossil fuels carbon tax is applied at the point of consumption rather than the point of production. This €400 million per annum fossil fuel tax bill is spread over a large population of consumers. Given that Ireland exports 80% of it’s beef and dairy produce one would have to question the fairness of enforcing a similar tax on the agricultural community despite the undeniable fact they are already producing in a highly efficient manner?

Incentives to encourage more sustainable farming practices such as sowing clover and calving younger, or investing in foresty, biofuels and solar farming may well be a better long-term solution for all stakeholders.

It is undeniable; demand for sustainable food has never been greater, but margins across the entire supply chain remain tight. The proposed carbon tax could make Irish agricultural products less competitive in international markets and undo much of the good work being carried out by Bord Bia in raising the profile of sustainable Irish agriculture.

We are certain that ireland’s agriculture sector can continue to grow while increasing carbon efficiency but more creative solutions are needed.