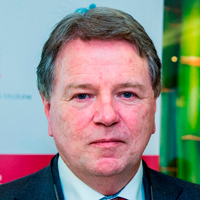 Director of the SFI Research Centre, APC Microbiome Ireland, and Chair of the Department of Medicine at University College, Cork

When we eat, we feed not only ourselves but also our microbes. Feed them or lose them; this is the simple but elegant lesson of microbiome science.

A healthy diet is required for maintenance of a healthy gut microbiota. Moreover, advances in microbiome science are challenging traditional concepts of nutrition, creating new paradigms for dietary assessment and opening new avenues of research for design of future foods. The microbiome influences the development and maturation of the immune system, host metabolism and the internal organs, including the brain. Consequently, dietary factors that shape the microbiome in health and disease and at different phases of life have become the focus of renewed attention.

Traditional dietary assessments focus on quantity and quality of nutrient intake with little attention to dietary diversity. However, studies from the SFI Research Centre APC Microbiome Ireland have shown that when elderly people shift toward a monotonous diet, the microbial diversity within their gut diminishes.

At the other end of the age spectrum, it is known that a baby acquires its microbiota from the mother, which means that the expectant mother is feeding for the next generation and more attention should be directed toward her diet in the antenatal period. Moreover, the composition of milk sugars (oligosaccharides) in breast milk versus infant formula determines which microbes are retained within the infant’s gut.

Your microbiota health is linked with obesity

Secondly, diet-induced obesity in experimental animals is associated with changes in microbial composition in the gut.

Finally, evidence from human-to-human transplants of microbiota from lean to overweight individuals have been associated with improved metabolic health.

The preventive and therapeutic implications of these findings have prompted exploration of various strategies to modify the composition of the microbiota in malnourished children and experimental data have been encouraging.

Watch what you eat for healthy metabolism

Can everyone benefit from dietary adjustment aimed at improving the composition of the gut microbiota? Increasing evidence suggests that the microbiota can be used as a biomarker or read-out to inform dietary decisions and for the optimal design of personalised nutrition. In addition, the predictive power of the microbiome has been demonstrated in recent human studies where the microbiome composition predicted metabolic responses to dietary intake.

Advances in microbiome science have additional implications for food design and safety. For example, certain food additives, such as emulsifiers, have been shown to modify the microbiota, increase the permeability of the gut, and aggravate inflammation in experimental animals. In other studies, the sugar trehalose appeared to promote preferential growth of virulent forms of Clostridium difficile.

In summary, human health is inseparable from microbiome health. Are there any take-home messages? Mind your microbes, diversify your diet, avoid sustained, highly restrictive diets, and favour natural unprocessed foods.