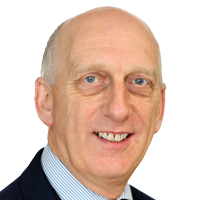 Chief Veterinary Officer in the Department of Agriculture, Food and the Marine

Antimicrobial resistance (AMR) is a problem affecting both the human and animal health sector. Martin Blake explains the steps being taken to tackle it.

Antimicrobial resistance, or the ability of bacteria to resist the effect of antibiotics, is a global public health challenge that has been described by the World Health Organization as a “crisis that must be managed with the utmost urgency”.

The development of resistance is a natural adaptation that bacteria develop when exposed to antibiotics and, as such, it cannot be completely avoided. However, in recent years, the pipeline of new antibiotics has dried up and the levels of resistance to the currently available antibiotics has increased to such an extent that certain infections in humans – ones that we have taken for granted in the past as being curable – are now becoming very difficult to treat.

Furthermore, the number of people suffering from chronic, debilitating bacterial infections is on the increase. A recent UK study estimates that currently, some 700,000 human deaths worldwide are associated with AMR on an annual basis. The same study foresees that by 2050, in the absence of concerted actions now, 10 million people across the world will die annually from bacterial infections (more than die currently from cancer) and 100 trillion USD will be wiped off the global economy.

AMR also puts at risk many of the medical advancements we take for granted today such as heart surgery, joint replacement, organ transplantation and chemotherapy. None of these treatments would be possible if we did not have antibiotics that are capable of effectively controlling secondary bacterial infections.

AMR is not just a problem in the human health sector

AMR is a true One Health problem, recognising that humans and animals sharing the same environment are subject to infections by the same populations of bacteria and rely on the same antibiotics to control those infections. In just the same way as modern human medicine relies heavily on the availability of effective antibiotics, modern farming systems rely on the availability of effective antibiotics to control animal disease and protect animal welfare. Furthermore, AMR that develops in ‘animal bacteria’ can be transferred to ‘human bacteria’ through the consumption of animal-based food products, through direct contact with animals and through the environment.

Addressing the issue is complex, with different challenges in different regions of the globe, depending on the state of development. In Ireland, efforts being taken to address AMR are coordinated at the national level by a multidisciplinary One Health committee, the National Interdepartmental AMR Consultative Committee. The Committee is chaired jointly by the Chief Medical Officer and Chief Veterinary Officer and the membership consists of representatives of the health, medical, agri-food, veterinary and environmental sectors.

The Committee provides a forum for raising awareness, sharing of information, supporting existing work both within and across the sectors and providing a mechanism to generate ideas for further policy initiatives.

The Committee was instrumental in the development of iNAP, Ireland’s One Health national action plan to address AMR. Designed as a framework for collaborative action across all three One Health sectors, iNAP contains more than 90 separate actions in pursuit of five strategic objectives including: