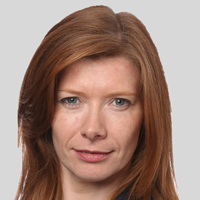 Head of Marketing, Business in the Community, Ireland

Businesses in Ireland are making vast steps to improve their corporate social responsibility, which has so far been credited with attracting new talent, retaining them, and promoting a loyal customer base in often an overcrowded market.

The business case: Although many firms in Ireland already have relationships with local charities, it seems that something happened in 2018, which spread the word of corporate social responsibility (CSR) at a faster rate than ever before. Moira Horgan, the Head of Marketing for Business in the Community Ireland, explains why.

She says: “I think this year saw a coming of age in sustainability; we had 43 businesses sign up to our low-carbon pledge alone.

“Increasingly, consumers and staff want transparency, and want to know that their beliefs are aligned with businesses they interact with. So, the business case for CSR is undeniable when we look at attracting and retaining customers and talent.”

Indeed, a 2015 study by Global Talent found that almost half the workforce (46%) wanted to work for a company that had a positive impact on the world.

So what are the main attractions for employees when it comes to corporate social responsibility? Moira thinks that volunteering plays a huge role. She says: “We know from HR managers that morale improves among employees the more they work in the community, so volunteer days often leave a positive impact. With the focus on wellbeing, mental health and stress as a priority these days, getting to know the community where they work can boost productivity and loyalty to the company.”

Indeed, loyalty seems to be a take-away from both a talent and a consumer point of view according to Moira. “In Ireland in particular, we have found that customers see company employees the unofficial spokespeople for that company, and customers are more likely to trust what they say,” says Moira. “If the employee is happy and loyal due to the differences they are making in the community, then that often makes the customer happy and loyal also.”

Business benefits of helping the community

One thing Moira advocates is that both the business and the charity partner are getting an equal return from the arrangement, and most importantly, they only work together if the right skillset can be provided.

Moira gives the example of IT businesses setting up a charity website, or law firms helping asylum seekers. She said: “The key for a successful business and charity partnership taking a strategic long term view and making sure its mutually beneficial.”

Your corporate social responsibility strategy should be a long-term partnership

Moira continued: “The most important thing is to assess what the business wants to get out of it, such as reducing absenteeism or promoting key causes among staff. Then, find a compatible partner and constantly set targets and measure your successes.

And Moira’s final tip for a great community engagement strategy? “Always ask staff what causes they are interested in supporting – you will be surprised.”