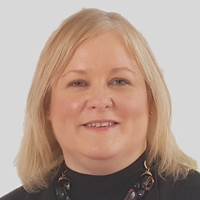 Fidelity Investments Ireland recently won the inaugural Women in Technology award from Technology Ireland in recognition of their support to women in technology.

Women in STEM (Science, Technology, Engineering and Maths) is a key focus of the CSR programme run by Fidelity Investments, Fidelity Cares, according to the company’s Head of Technology in Ireland, Lorna Martyn.

“Our aim is to attract, support, develop and retain women in technology using a full lifecycle strategy. We are committed to STEM education which is embedded in our CSR program, Fidelity Cares.

Fidelity Investments want to retain the amazing talent they have. Significant focus has been given to metrics and interventions to support women in Fidelity at critical junctures in their career lifecycle, not only for those within the technology division, but also for those interested in moving into technology. This systemic approach ensures structures and practices are in place to promote and develop women in technology, where employees can enjoy career mobility within the organisation.

Experienced women are also attracted back to work following a career break through Fidelity’s Resume programme, which offers supports designed to ease a transition back into employment and the professional working environment. In 2017, 5% of Fidelity Investment talent acquisition was gained from the returner market.

And there’s more in store for the future at Fidelity Investments. “We plan to expand on our intervention strategies for each step of the lifecycle – from primary school through to executive level. This will include broadening engagement with the new computer science curriculum, by extending our participation in Junior Achievement to include both primary and secondary levels, and expanding our Careers for Girls days for participation from multiple schools in our localities in Dublin and Galway.”

Lorna Martyn was recognised as a key influencer as Women in Technology winner at the annual ITAG awards 2016 and named on the Silicon Republic Women Invent 100 list this year.

“Throughout the organisation, employees are empowered to implement change through employee resource groups and external partnerships has strengthened the voice of women in technology and our ability to execute change at a faster pace.”

Lorna says “Seeking external perspectives and being open to partner with and learn from other organisations has helped us to establish best practices. Simple learnings include bringing in guest speakers to reiterate a message can resonate more than driving the message internally alone and can help to re-energise and focus efforts.”

“We are honoured to be recognised by Technology Ireland for the work we do to support women in technology and hope to inspire other organisations in industry to do more to affect sustainable change for women in STEM.”