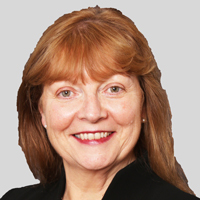 Ireland is still developing its understanding of and commitment to philanthropy. While charity can be seen to relieve the pains of social problems, philanthropy attempts to solve those problems at their root cause.

In a time where charity governance and transparency has been brought into question, we can see a rise in the number of philanthropic donors engaging with established trusts and foundations. This ensures their funds are being distributed to reputable causes aimed at addressing some of Ireland’s most pressing social issues. The evolution and growth in the amount of donors that work with foundations like The Community Foundation for Ireland reflects the value placed on philanthropy and the potential it has.

While Ireland is a nation that prides itself on generosity and volunteerism, by international standards, levels of large-scale giving has been traditionally quite low, even though there is a huge potential for giving in a more structured way.

Central Bank estimates put net household wealth at €727 billion at the end of 2017, that’s 1% above the 2007 pre-recessionary peak and almost 70% above the level in 2012. Irish households are wealthier now than they have ever been.

That distribution of wealth is highly concentrated, however. Data for Credit Suisse in 2017 suggests that the wealthiest 1% of households owned 33% of all private wealth, with the top 5% owning about 50% of that total.

The Community Foundation for Ireland has, through the generosity of our donors, given out more than €45 million in grants to date. We see first-hand the transition of philanthropy from more than writing cheques to looking at social problems at their core and working with organisations to provide innovative solutions to longstanding issues in our society such as homelessness, inclusion and diversity, youth unemployment, domestic violence and mental health.

Donors in Ireland are moving towards a strategic philanthropy model by providing larger and often multi-annual grants to organisations that are aiming to tackle systematic problems at their root cause.

Could you give a little more?

Our capacity to give more significantly and strategically is hugely expanded in a wealthier society. But, to date, that capacity has not been leveraged. On the opposite end of the scale, the need for community investment is growing exponentially. We now understand that community is complex and is an ecosystem that requires resources, skills and leadership.

There is a gap between the capacity of government to deliver and the potential for our communities to develop. But there is a larger number of people who can give more than just a little in the moment and who can be moved to give strategically over the long-term.

There is a real need for such people and their engagement in philanthropy. Government bears the main responsibility to alleviate social issues but no government is effective without the participation of people. There is more to be done and philanthropy has a crucial role to play.