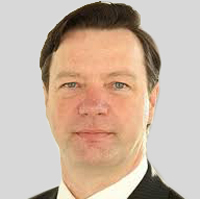 Head of Research, IT Sligo 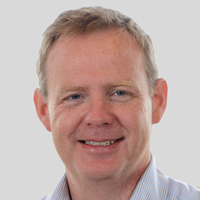 There are over 1,000 active research collaborations between The Republic of Ireland and Northern Ireland. However, industry and academia see Brexit potentially derailing impact as a direct threat to their good work.

Until relatively recently, links between academic researchers and industry were often confined to internships or small-scale projects. Companies often worked with researchers on specific, short-term tasks, without necessarily taking advantage of the creativity research students could bring to their everyday work.

Several European Commission-funded projects focus on academic researchers and industry working very closely together to address technological and societal challenges. The benefits of bringing researchers closer to the industries that will shape the focus of their future research is very clear.

IT Sligo are one of the higher education institutes forming strong links with industries working on advanced manufacturing and Industry 4.0 challenges. Their Head of Research, John Bartlett, believes this level of increased collaboration stands to benefit both the companies involved and the PhD students making their first strides into industry.

“Now, the model focuses on going to industry first, discussing the needs of an organisation and then designing research projects around those needs.”

NWCAM involves academic partners from Northern Ireland, the Republic of Ireland and Western Scotland and supports over 11 Post-doctorates and 13 PhDs working on advanced manufacturing research projects in collaboration with several industrial partners including Abbott and GSK in Sligo.

Innovative projects such as NWCAM require close collaboration between Northern Ireland and the Border Counties, something threatened by any Brexit deal resulting in a hard border between the two.

A poor Brexit deal could be disastrous for us

“We have several PhD students and post doctorate researchers who travel regularly across the border to meet our NWCAM academic partners. Researcher mobility is very important for us; a bad Brexit deal has the potential to limit the impact of our research projects and inhibit PhD student development.

200 projects could be scrapped

IT Sligo has over 200 open collaborations into Northern Ireland, all funded by the EU. A loss of that funding could have a disastrous effect on future projects, likely to be scrapped should EU funding dry up. Bartlett believes the damage caused would impact on relations between researchers working on both sides of the border.

“It isn’t just about the money, it’s what the money makes possible. It’s the building of relationships and shared visions between the two countries, that could be in serious jeopardy.”