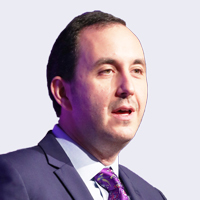 CEO, Business in the Community Ireland

It took an emotional appeal from David Attenborough: ‘The collapse of civilisation is on the horizon,’ and a powerful message from 16-year-old student and activist, Greta Thunberg: ‘Our house is on fire,’ to bring our attention to the most critical challenge of our generation.

Science is clear on the need to decarbonise our carbon economy, as evidenced in the latest IPCC Report. However, there is limited understanding of how to achieve such substantial and fundamental change.

We must all want to lower carbon

We must share a common vision of a low carbon economy and society. It requires leadership and it also requires a broad perspective of all key actors.

Without clear climate action, none of the great ambitions of this country can be realised.

The need for a common vision and concerted action was evidenced in January when the Minister for Communications, Climate Action and the Environment, Richard Bruton TD, convened a cross-section of Irish society, economy and government to a consultation on the All of Government Action Plan on Climate Disruption.

At the consultation, Business in the Community Ireland was highlighted as one example of such common vision through our Low Carbon pledge.

Launched in November 2018, 47 of Ireland’s largest companies signed, at CEO level, a public commitment to measuring, reporting and reducing their scope 1 and 2 carbon emission intensity by 50% by 2030. All of the critical sectors of the Irish economy are represented in the Pledge, including ICT, biopharma, energy, food and drink and retail, to name some.

The pledge results from the work of a group of 30 CEOs of major Irish companies, who developed a vision of what will be the private sector engagement and contribution to evolving the concept and practice of a low carbon economy. The Pledge is Ireland’s first such platform convened by business.

Getting staff, clients and communities on board

The Pledge is underpinned by action: signatories commit to share data and best practices on their journeys to achieve the targets set. Additionally, some companies are engaging in programmes to engage their staff, clients and local communities in this low carbon transition.

In June of this year, an annual report will be presented, charting the results of these companies’ roadmaps to a decarbonised Ireland.

Will the commitment set by the Business in the Community Low Carbon Pledge be enough to achieve the targets set by Ireland and the EU in the Paris Agreement? No, but it’s a move in the right direction. Tackling climate challenge will require a fundamental and unprecedented change. We need to start working together and challenging more companies to join this movement towards a low carbon economy.

We need to focus on the opportunities ahead for our economy to become a leader on climate action, a leader on energy efficiency, renewable energy, circular economy models and indeed a leader in the next phase of economic development and social prosperity.

Without clear climate action, none of the great ambitions of this country can be realised.