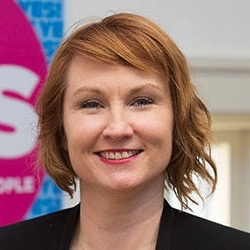 The attack in Orlando has raised questions over the progression of LGBT+ acceptance worldwide. There is a perception that all LGBT+ issues have been solved post marriage equality – this is not the case.

Since the Orlando massacre there has been a bizarre debate on media about whether this attack was an act of terrorism or a hate crime. Of course lesbian, gay, bisexual and transgender people don’t own this tragedy, but we do have a heightened sensitivity to it. It was a direct attack on the LGBT+ community, in the U.S. and globally. I don’t have to have been to the Pulse nightclub to grieve the lives lost. This was a mass killing of people in a gay club and gay clubs transcend the local and national cultures and are an institution for an international family of LGBT+ people. An act of extreme homophobic violence like this hurts all the whole community.

“A recent survey by BeLonG To, showed that a third of young heterosexual people believe that post marriage equality, LGBT+ issues have been solved and society should move on to other issues. This is a concerning finding because we know that this misperception does not reflect the reality for LGBT+ in Ireland who are a much higher risk of mental health issues including depression, self-harm and suicide, because of homophobia and transphobia. Half of our the young people we work with in BeLonG To have experienced bullying because of their sexuality or gender identity and one in four young LGBT+ people skip school to avoid this negative treatment. One in five LGBT+ people have been punched, hit or physically attacked in public because of who they are. Sadly only one in three feel safe showing affection to, our holding hands with a partner in public. Countless lives are lost or ruined in Ireland every year because of the same prejudice and hatred that led to the tragedy on Sunday morning in Orlando.

Being young and gay in Ireland today is still an enormous struggle. Orlando serves as as a vicious, painful reminder that society still can be unwelcoming, violent and sometimes lethal place for young LGBT+ people to grow up in. Since the marriage referendum we have seen a doubling in the numbers of young people ‘coming out’ and visiting BeLonG To for support. We need youth services for LGBT+ people throughout Ireland, now more than ever, to help them come to terms with their own sexuality and gender identity, to help them understand that they belong and are loved even though some people will never accept them and may even want to hurt them. Last year we told our gay friends and family members that they were accepted as part of Irish society when we said yes to marriage equality. Last weekend we received a shock that could frighten many from ever coming out and being themselves. We must keep saying Yes.

Talk to your bereaved loved ones today, call up your gay friends and family and ask if they’re ok, because more than likely they are feeling this grief a little more acutely than most. And if you or they need more help, reach out to the National LGBT Helpline on www.lgbt.ie or 1890 929 539.

For more information on BeLonG To and the supports we provide please visit www.belongto.org